The latest iOS 11.3 update seems to be breaking iPhone 8 handsets that that had the display replaced with an aftermarket unit. 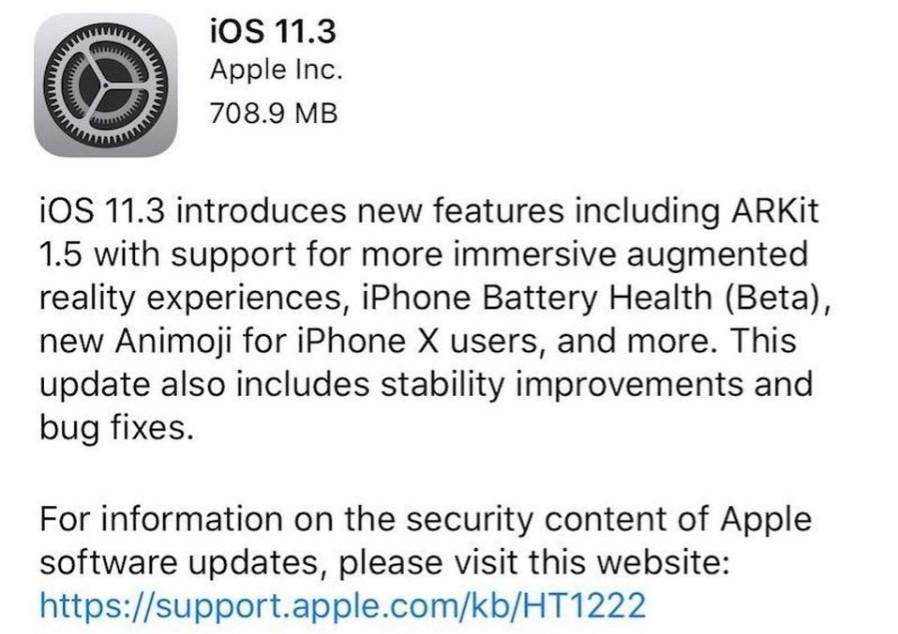 Users who have had a screen repair performed by a third party, rather than with Apple, on their iPhone 8 smartphones found that the iOS 11.3 update stopped the touchscreen from working, reports Motherboard. The update was pushed out on 29 March, introducing Apple’s promised iPhone battery health information, as well as the ability to turn off the slowing down of smartphones related to the battery following the scandal in December.

The screens continue to display the home screen once updated to iOS 11.3 but cannot be interacted with, effectively rendering the affected iPhone 8 device unusable without warning from Apple.

As Motherboard notes: “That means people who broke their phone and had the audacity to get it repaired by anyone other than Apple is having a hard time using their phone”.

Furthermore, this appears to be happening on a large scale. Motherboard spoke to Aakshay Kripalani, CEO of Injured Gadgets, who explained “This has caused my company over 2,000 reshipments…Customers are annoyed and it seems like Apple is doing this to prevent customers from doing 3rd party repair.”

Of course, the obvious question at this point is: How is this possible?

Michael Oberdick, owner and operator of iOutlet repair, explains that every iPhone display is powered by a small microchip and he claims Apple is able to detect third-party replacement displays with it.

History suggests this is on the money.

After all iOS 11.0.2 broke the touchscreen functionality of third-party iPhone 6S displays and while iOS 11.0.3 quickly restored this (the release notes stated it: “Addresses an issue where touch input was unresponsive on some iPhone 6S displays because they were not serviced with genuine Apple parts”) it showed Apple can detect third party screens.

“Non-genuine replacement displays may have compromised visual quality and may fail to work correctly. Apple-certified screen repairs are performed by trusted experts who use Apple parts.”

Needless to say, Apple’s strategy pressures users into repairing their iPhones and iPads at official Apple Stores with official Apple parts (a far more costly option). But repeating this trick at this moment seems a very dangerous move.

Right now Apple is under intense scrutiny for throttling iPhone performance (following battery degradation) without properly warning customers (ironically, something iOS 11.3 addresses). That decision has led to a flurry of class action lawsuits (59 at last count), government investigations around the world and increased demand for ‘Right to Repair’ legislation to apply to Apple products.

Yes, you can see how breaking perfectly operational third-party iPhone 8 screen repairs throws fuel on this fire. As such, the interesting thing now is to watch now how Apple responds.

If a now-inevitable iOS 11.3.1 update fixes these broken displays, Apple can make a good argument disabling them was an accident. But if no fix comes, then the company has clearly decided to run headfirst into a fight with, well, just about everyone…